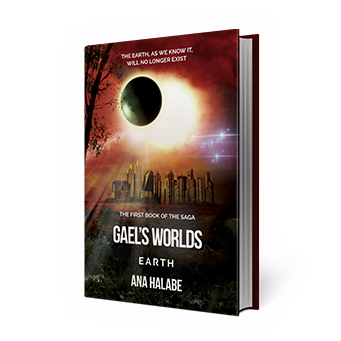 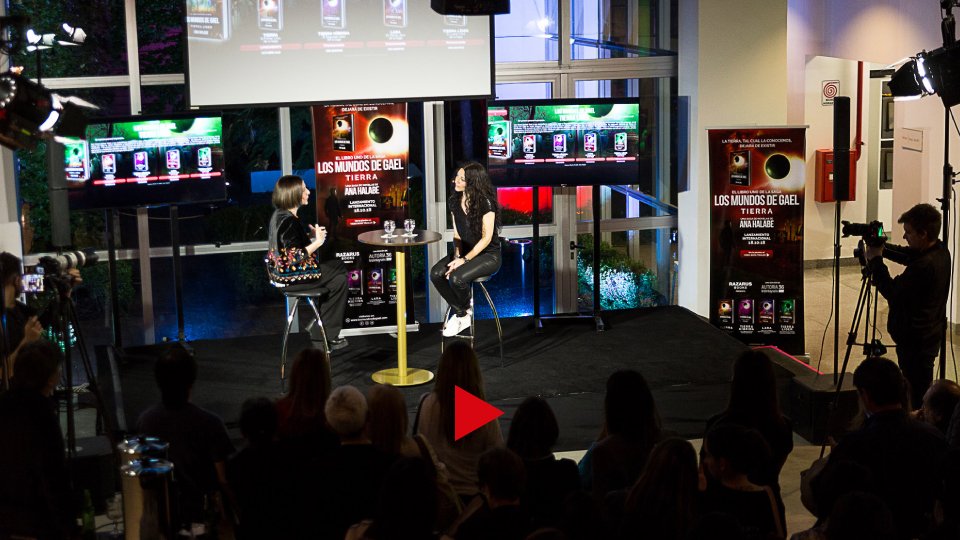 Ana Halabe is an Argentine writer, screenwriter and film director, who graduated in filmmaking. She worked in the professional audiovisual industry as an Assistant Director and Sreenwriter of several movies, as well as in graphic and digital media. The saga GAEL´S WORLDS is her first work of fiction; it was originally written in Spanish and English and it is comprised of the novels EARTH, HYBRID EARTH, LARA and EARTH LEADER.

César Cuadra: When did you want to become a writer?

Ana Halabe: The truth is that it was not a question of want, but rather of acceptance. Since I was very young I discovered that I had a certain gift for words and letters. There were many books in my house, and I read everything that crossed my path. Then I began to write short stories at school. It was something that came out of me, as a kind of need, and I even felt relief when I finished them. It was a bit like saying: “Ok, it’s done, that was it”. I never thought that I was capable of writing anything longer than that. So I finished High-School and started studying cinema (because I love movies and their whole world), and when I began to write screenplays, I said to myself: “Well, here I’m expanding a little more”. I went from writing very short one-page stories to ninety or one hundred page scripts, learning a completely different way of writing; not literary, but more concise, pragmatic; with actions, dialogues and many things that happen, and less reflection. And one day I thought “maybe I can write a novel”. And that was the origin of Gael and his Worlds, and the four novels that currently make up the saga. I understand that how I shaped the script had a lot to do with the way it was written. Those who read it feel that they are watching a movie.

What was the first book that you remember reading?

I don’t know exactly, although I’d love to know! What I do remember is that when I turned six, I was given Uncle Tom’s Cabin, by Harriet Beecher Stowe, I suppose in a young readers ‘edition. It was big, with hard covers and wonderful pages, with illustrations that were a little rustic. It’s a very sad story, and I suffered a lot for Tom and his family. I remember that book very well and all the feelings that awoke while reading it, like for example, an intense rage at the concept of slavery. I also remember The Odyssey, by Homer. I was fascinated by that strange world of heroes, gods and demigods, and Ulysses, and the sirens, Circe, and everything else. It seemed to me to be the best in terms of fantasy. Of course, I read it a thousand times. I used to read the same books many times, but the Internet and its infinite storm made the offer so large and easy that now I immediately move on to the next one. Maybe it also has to do with my need to be told a different story each day.

Do you have any role model in literature?

I’ve read so many books in my life that it would be impossible not to recognize such an influence in everything I wrote, write and will write. But if I have to choose an author over the rest, it’s Stephen King. I think I have read everything of his; he is my absolute idol and every book, every story, brought pure enjoyment to my life. If someone has the power to create feelings in people through an artistic act, he or she certainly has my respect, from the get-go. But the King does that, and a thousand other things. I can’t choose a single work of his, I’d take all of them.

In your opinion, what is the best and the worst thing about the writing process?

I’m sure that the process of telling a story is quite different for each writer. For me, it means sitting down in front of the computer, looking at the blank page and saying: “Quiet, you’ll see”, and starting each day of work in this way; reaching the end of the day with a personal, intimate satisfaction, which stays with you until you open your eyes the next day and then, the restlessness, typing, and satisfaction return; and so it goes on. It’s the best and the worst, all together.

And how was it in the specific case of writing the saga?

In the case of Gael’s Worlds, I first tried to define the main story, which I guess had been spinning around in my head for who knows how long. I sat in my workspace, with the blank page, looking at the wall; trying to get each of the characters to talk to me. Because I sincerely believe that the more they talk, the more you sit down and write. That was their way of communicating with me, and my way of giving shape to the saga. And each one of them dictated their story to me; I don’t think I had much choice. Once created, they made a life of their own, and my opinion mattered very little. I guess there is no other way to write for me.

What influenced you to write Gael’s Worlds?

If I said it was only one thing, I wouldn’t be fair. Everything I read and see has some influence on me. I can’t say that there was something specific that inspired this story; although it sounds strange, it came to me and made me tell it.

What moves Gael and the characters in the saga?

Freedom. The desire to choose, and the freedom to do so. I think that’s the main concept, the engine that makes the macro story move (one of the many worlds of Gael) beyond the others, which are more personal. And equally intense.

What is “the” Savia?

The Savia is an extra-terrestrial substance with the capacity to modify the organisms of the subjects exposed to it, improving their potential to unsuspected levels. Or destroying them, with terrible physical consequences and a risk of death. Its way of acting is practically unpredictable, which is why the decision to incorporate it is extremely dangerous. The problem is when we are not the ones who make that decision.

Of course. I think that every story deserves to be told as it is, no matter the genre. In this case, it was sci-fi with romance and action, but I would also love (so much) to write something framed in horror. It’s one of my favorite genres; I especially enjoy watching horror movies, even if they are not very good. But in order to write in that atmosphere, a story which asks for it has to appear. One that enthrals me, before anyone else.

What do you think is happening today with the habit of reading, and the growth of digital books?

The habit of reading was always a fundamental part of my life, ever since I can remember. “Reading opens your mind” is not just a saying. It is pure truth. Reading is the only way to expand your knowledge, and your perspectives. And I think the format is what matters the least. Of course I grew up with books on paper, and I enjoyed the aroma and texture of their pages, in each of them. But the truth is that digital books have an unbeatable practicality. Yes, they’re intangible – beyond the screen – so what? Times change, but the beauty represented by the simple act of putting your eyes on a written story continues to remain, as vital as ever, transcending any barrier, printed or virtual. Let’s read; however we can, but let’s read.

Thanks to Revista Digital Cultural BABAB for the publication. Source